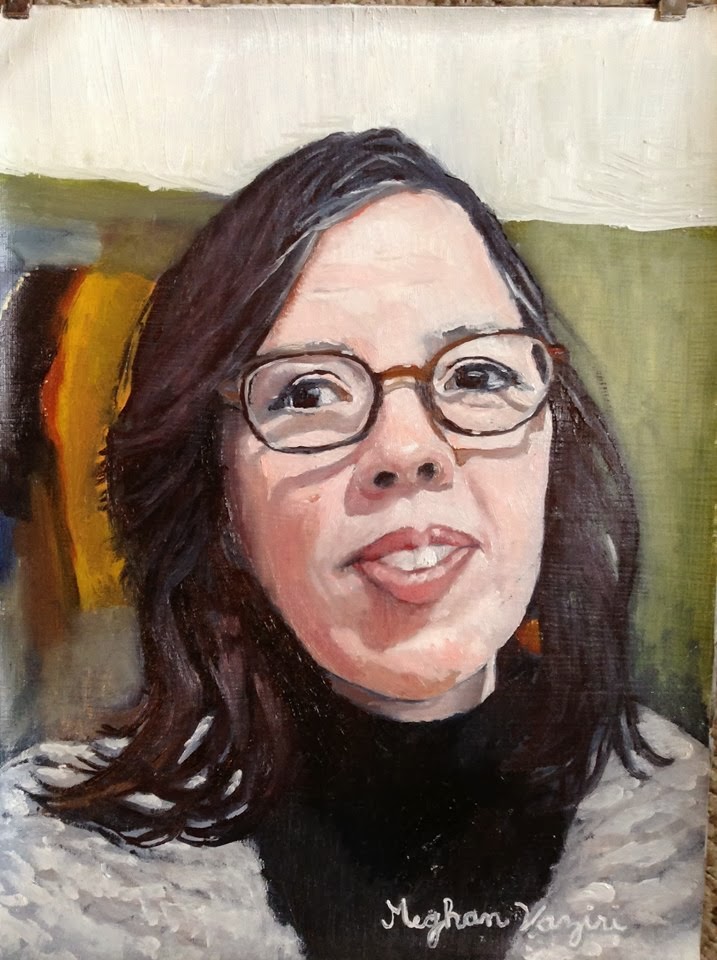 It's always difficult painting a portrait of someone you don't know well. Until the Inspired Resistance opening, I had only seen Melissa Dunn's work on the internet. I was shocked at how different it looks in person. Her work is so very daring and complicated, with a wisdom that speaks of years of hard work in the medium. With great confidence, she juxtaposes visual elements that are extremely different one from the other. If a novice were to try that, it would be a terrible mess. But, using this tension of varied visual devices, she achieves an inexplicable harmony.

As I looked at Last Week of April yesterday, what came most to mind was a passage of Swann's Way. Swann, a highly cultured man, is describing art to his lower-class girlfriend, Odette:

"If Swann then tried to teach her what artistic beauty was, how one should admire poetry or painting, after a moment she would stop listening, saying, 'Yes... I didn't imagine it was quite like that.' And  he would sense that she was feeling such disappointment that he would prefer to lie, telling her that what he had said was nothing, that it was the least important part, that he did not have the time to go into things more deeply, that there was something else. But she would say to him sharply: 'Something else? What?... Say it, then,' but he would not say it, knowing it would seem feeble to her and different from what she was hoping for, less sensational and less touching, and fearing that, disillusioned by art, she would at the same time be disillusioned by love."

I thought of this passage, one of my favorites in the novel, because at the opening I had tried to "explain" this painting to my sister (who looks like Odette). It's a relevant passage because Dunn's paintings cannot really be explained. You can approach them with words and with photographs, but they must be seen to be understood.

I hope it will convey some of the power of her painting, when I say that, although I hadn't met her before, it came quite easily to me to paint Melissa's portrait after I saw this show.

There was a great Gallery Talk at Inspired Resistance yesterday. I sketched some of the people there: 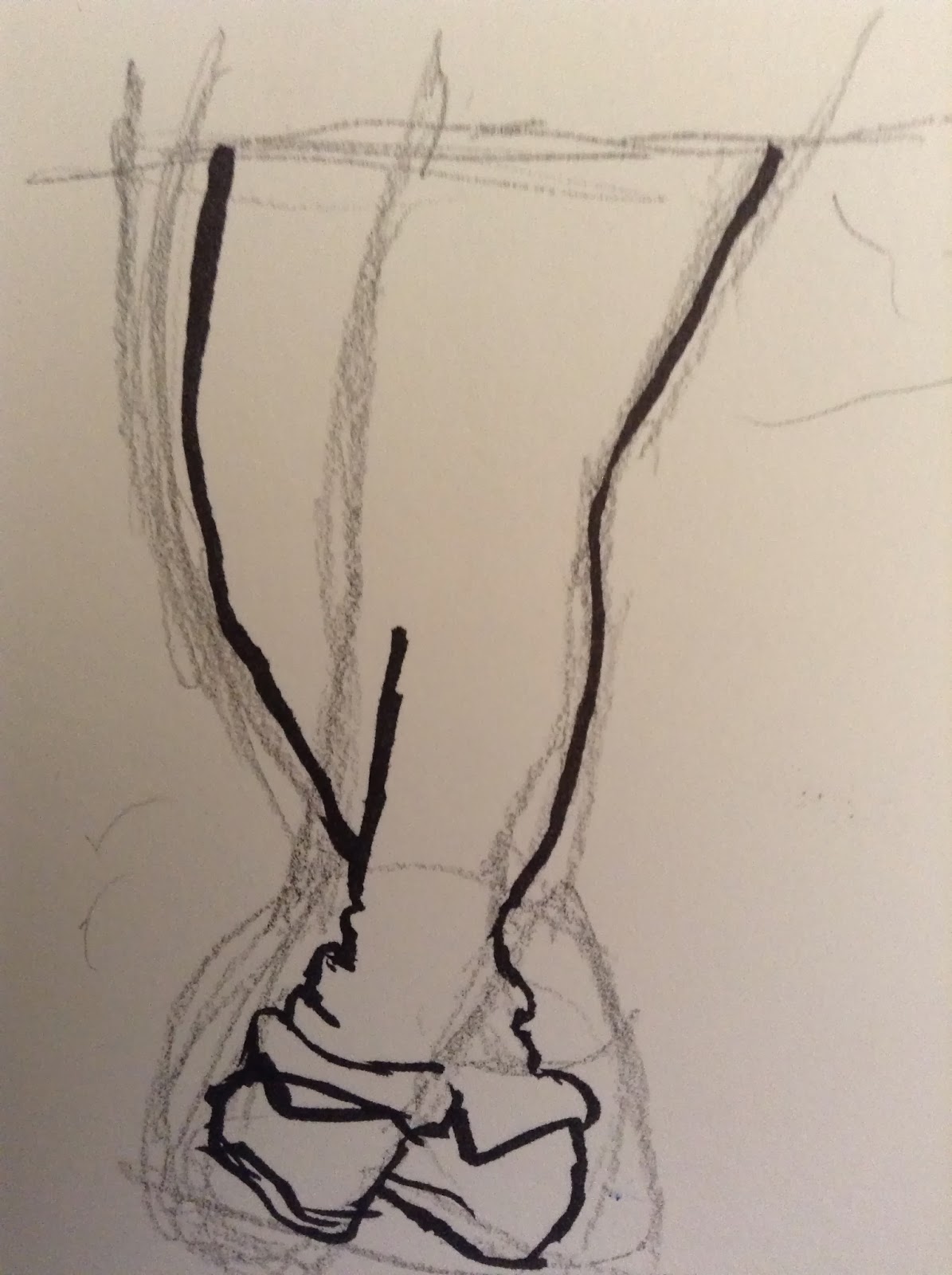 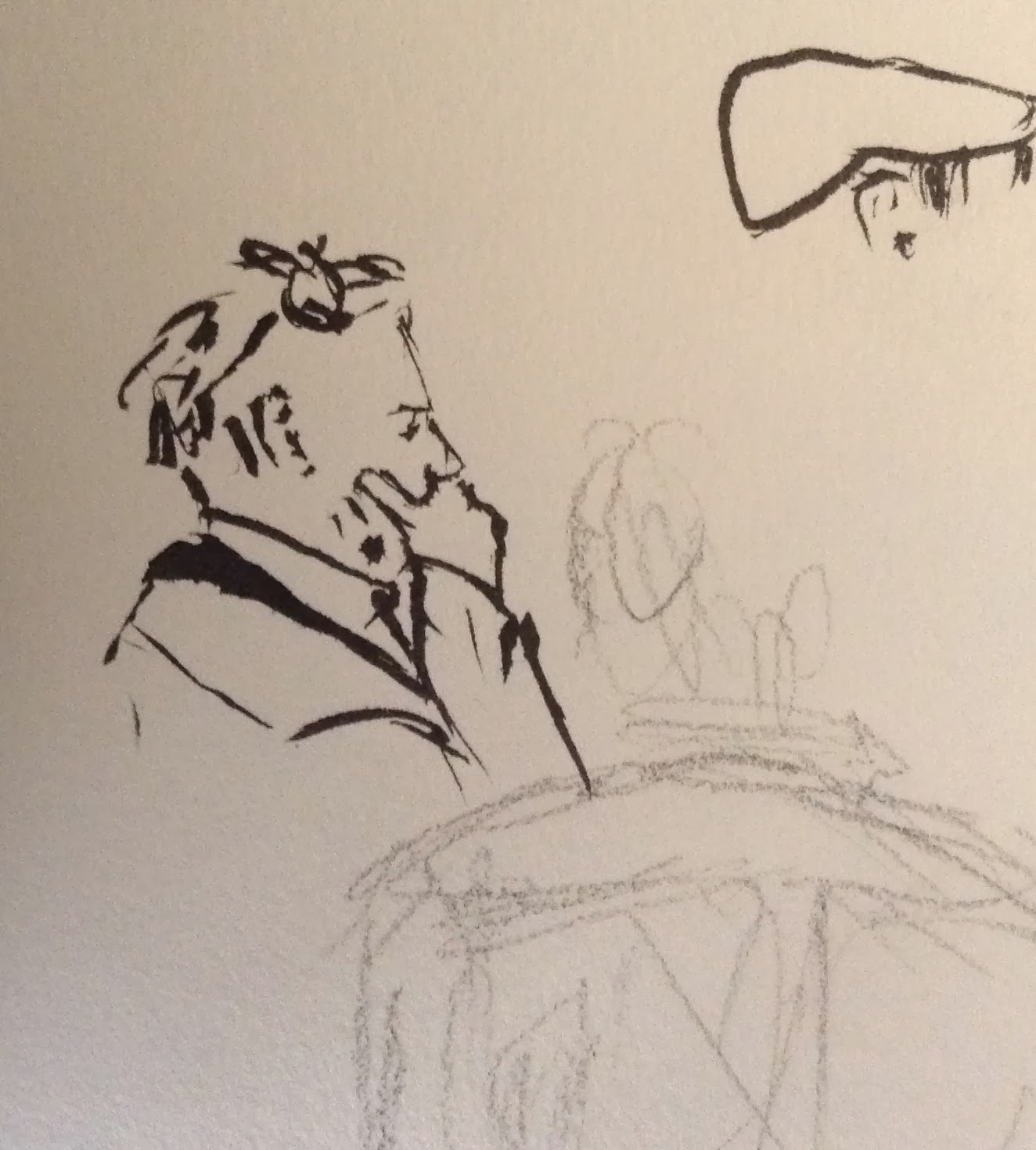 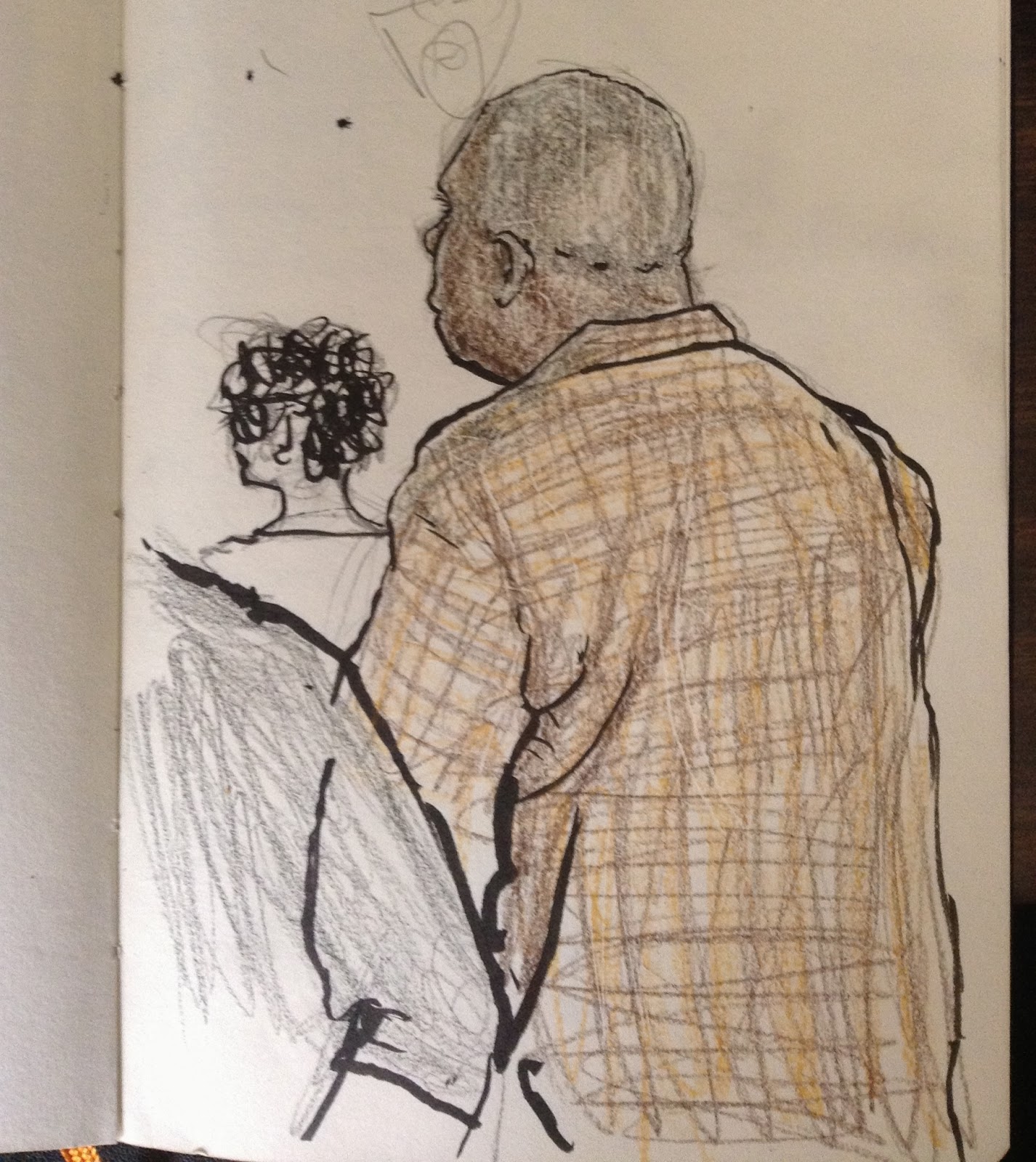 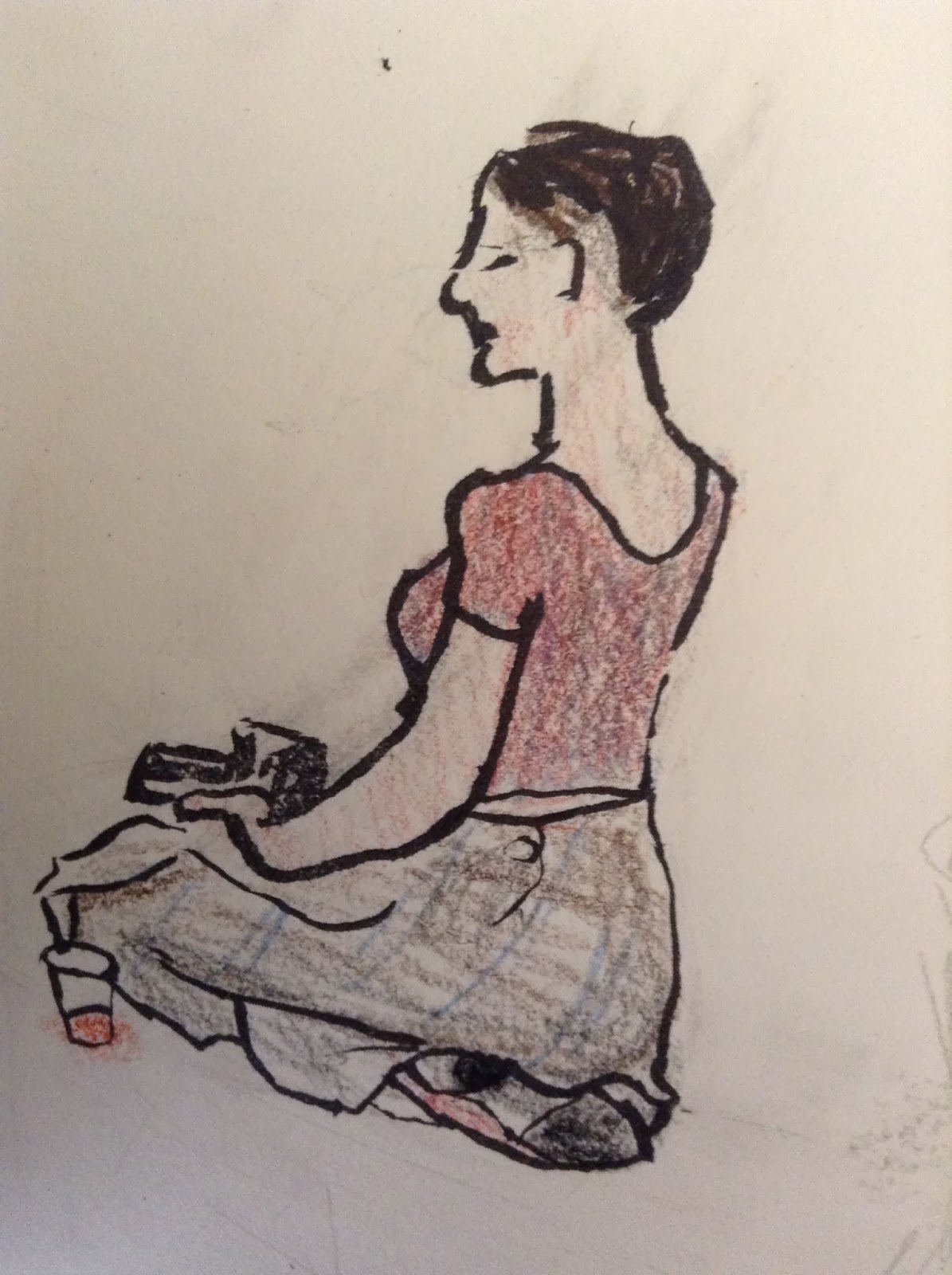 Go see the show, which is at Crosstown Arts until Saturday (Gallery hours Tuesday - Saturday 10 - 6).
Posted by Unknown at 7:09 AM